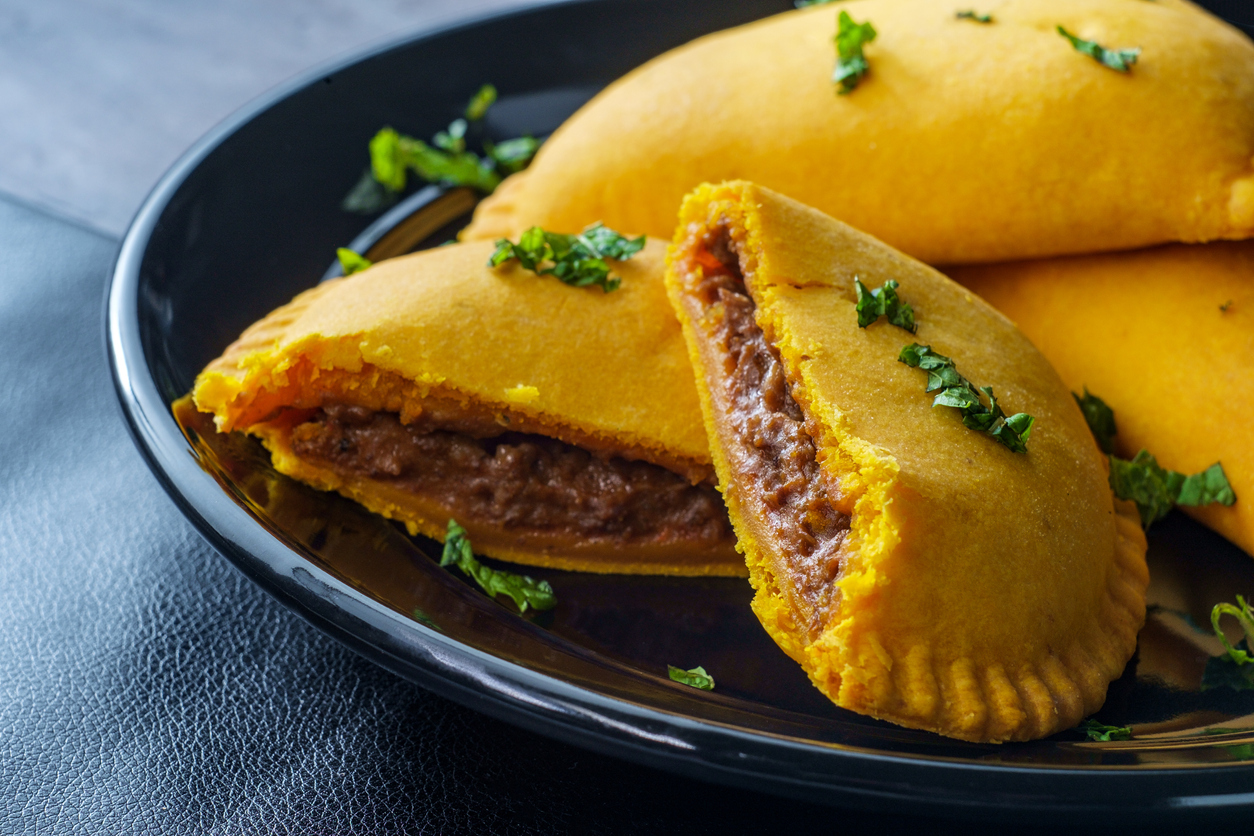 Jamaican food has a longstanding tradition of incorporating local ingredients to create inspired dishes packed with flavor, spice, and personality. Though Americans are familiar with famous items like jerk chicken and Blue Mountain coffee, authentic Jamaican cooking goes much deeper.

This article will explain the most popular meals that embody Jamaican culture and can help you identify true an authentic meal when you see it.

There’s no one way to prepare an authentic Jamaican meal, but it will typically include ingredients that are commonly found on the island. Popular spices include curry powder, pimento, scotch bonnet, and root ginger. Fruits like ackee, coconut and tamarind add sweetness to a range of traditional dishes.

Chicken, curry goat, and several types of fish are the primary proteins used in Jamaican cooking, but beef also shows up in several authentic dishes like oxtails or patties. Every chef has their own way to prepare traditional meals, but each authentic dish holds a special place in the history of Jamaica and its people.

What better place to start than with Jamaica’s national dish?! Ackee and saltfish, which includes the ackee fruit (the island’s national fruit) and salted cod sauteed with scotch bonnet peppers, tomatoes, and seasoned with spices like paprika and pepper.

Typically, ackee and saltfish will be served for breakfast with breadfruit, dumplings, and boiled green bananas, but it’s delicious any time of day.

When you’re looking for an authentic Jamaican delicacy, oxtails are the go-to option. This gelatin-rich beef stew has been synonymous with Jamaican culture for decades, and it is regularly served during celebrations and special occasions.

The dish is slightly sweet, savory, and full of tender flavor. The softness is a result of the cooking process, which takes hours. If you ask us, the best-tasting oxtails are prepared in a Dutch Pot. The constant temperature creates a fall-off-the-bone texture that can’t be captured with any other cooking method.

Ingredients of a traditionally prepared oxtail dish include onions, garlic, and scotch bonnet or habanero peppers for a mild kick. Additionally, a bit of brown sugar may also be used to enhance the dish stew with a subtle sweetness. When you’re ready to try it out, head over to THE DUTCH POT JAMAICAN RESTAURANT and enjoy.

If you’re looking for an authentic Jamaican meal that’s quick and easy to eat, a beef, chicken, or veggie patty hits the spot every time. This flaky semicircular pastry is comprised of a curry powder containing turmeric, which causes its yellow color. The shell is then filled up with a protein (or veggies) along with traditional spices like cumin, curry, and cayenne and scotch bonnet pepper.

The patty is a product of the long Jamaican history and is believed to have been introduced by immigrants from Cornwall in the United Kingdom. When native Jamaicans began emigrating to the United States in droves during the 1960s and 1970s, they brought the recipes along. Instantly, they were a hit in big cities and have been adopted throughout the country in different variations. However, authentic Jamaican patties still utilize the core ingredients that had been used on the island.

No list of traditional Jamaican fare would be complete without mentioning Escovitch fish. The origins of this dish can be traced back to Spain, and it was likely brought to the island in the 16th century.

Chefs may vary on how they prepare the fish, but it will typically be cooked in a spicy pickled sauce and seasoned with garlic, peppers, lime, and lemon juice. Bay leaves – which are native to most regions of the Caribbean – may also be used when cooking Escovitch fish.

Ready to experience the flavors of the island for yourself? THE DUTCH POT JAMAICAN RESTAURANT has been serving up honest, traditional Jamaican food for more than 20 years.

Need to feed a crowd? Get in touch through our website to ask about our  opens in a new windowcatering services, and we’ll make sure nobody goes hungry!